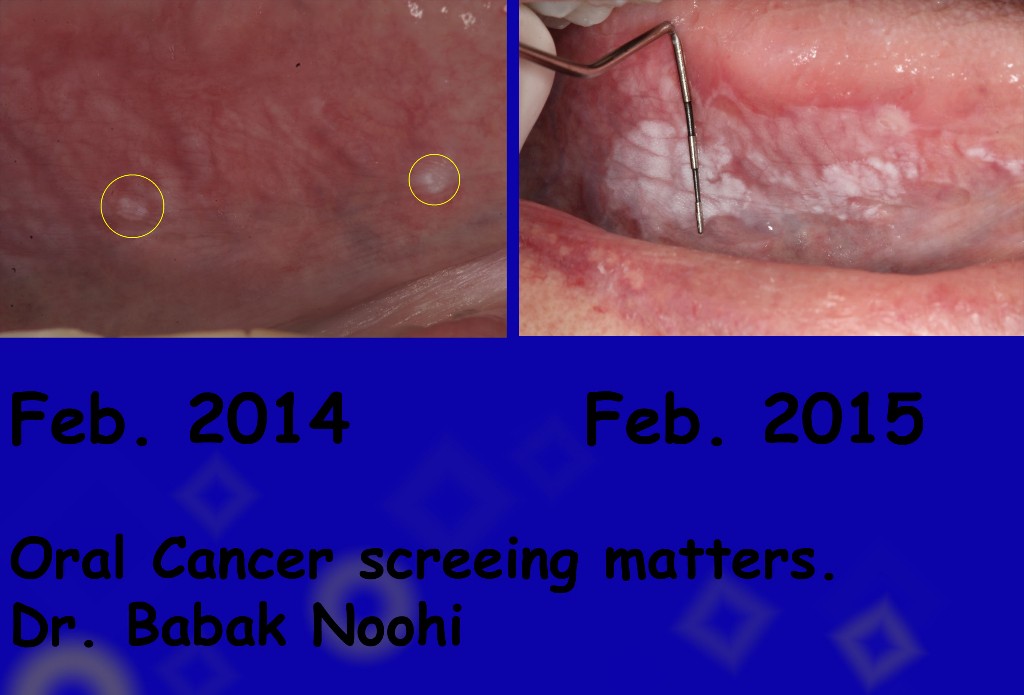 A small white lesion on the lateral border of the tongue was identified and followed up for a year. The initial Brush Biopsy revealed no signs of malignancy, however one year later the lesion spread and enlarged significantly and a new biopsy showed “pre-malignant” cellular activities called carcinoma in situ. The white lesion was removed surgically to eliminate the possibility of cancer formation. Oral cancer (SCC) on the lateral borders of tongue have poor prognosis and can spread rapidly.